Kikki.K and the Very Bad Day 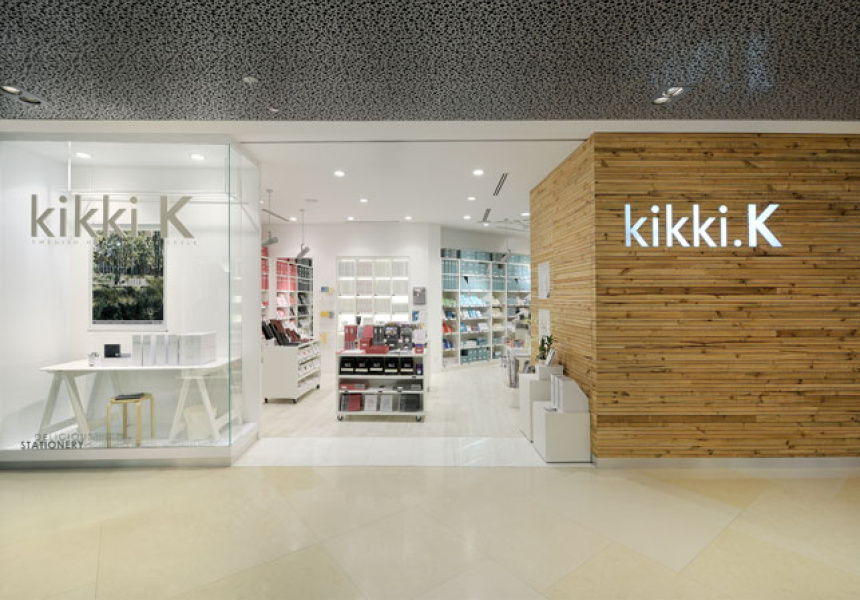 Why it’s a branding disaster

Right now the Kikki.K Facebook page is an exercise in awkward social media management.  The press covered the plight of workers in the last 24 hours but the main page, with over 200,000 followers has not yet taken action to calm the backlash.

The Kikki.K branding has been built around female empowerment and now it looks like their predominantly female staff are to be “financially disempowered.”  The vulnerability isn’t just a few angry social posts, it’s the complete denigration of their branding position.  The brand built on trust and lovely things has shifted to be a brand built on lies and ugly things.

Firstly, this brand knew that it was coming.  In the past weeks, brands like Lush have announced that they’ll continue to pay penalty rates despite the new legislation.  The result has been positive PR worth millions.  The Lush brand has been praised widely (with millions of video views and tens of thousands of shares) for quickly responding to the changes in legislation and stating that they put their staff’s happiness above the extra profit.

So, Kikki.K had fair warning that this social media disaster was coming and yet no steps were taken to avoid the current car crash.  But what’s a poor retailer to do?

Kikki.K has only just climbed out of their debt hole.  It’s been a long time coming and they’ve been at battle with Smiggle for some time.  In 2015 Kikki.K overtook Smiggle and posted record sales and finally, a profit.  Saving on staff wages would certainly help this company come into their own…  but the balance must be to ensure that their brand isn’t destroyed in the mean time.  Not to mention customer service – with staff on the ground, representing the brand being the ones most affected by the pay reduction.

This isn’t a “one news cycle” story.  The news cycle is already a few months in, and the changes rolling out will be big news in the coming months.  This is going to be an ongoing disaster for the Kikki.K brand.  The brand could have seized the opportunity to grab powerful, positive PR by announcing a revision of their workplace agreements to stop them being tethered to the award.  This would buy them time to figure out a fairer approach to wages and avoided this terrible PR car crash.

EDIT:  Four hours after publication of this post, they did EXACTLY this.  See more below.

How poor social media policy is compounding the issue

What business owners can learn from this social media disaster

This too shall pass… but just how much brand damage it leaves in its wake is yet to be determined.  There’s still a while before the staff actually lose their wages – it can get much, much worse from here.  It’s up to Kikki.K now to fix this social media disaster before it becomes catastrophic!

Update: Since this post went live, Kikki.K has started responding to complainants by telling them that a new EA is on its way. 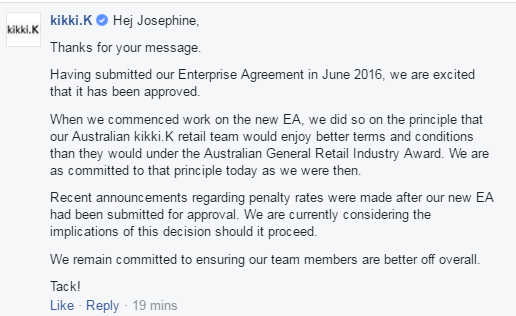